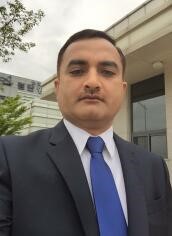 Abstract: Wheat is one of the most important staple cereal crops that cultivates worldwide due to its highly nutritious value and versatility in adaption to a wide range of agro climatic conditions. Increasing wheat production without agricultural expansion requires increase in wheat production on existing agricultural lands. But most wheat growing regions experience several soils constrains including soil acidity which has become a major problem for crop production. Acid soils cover 30-40 % of total world arable soil and further being acidified due to excessive use of ammonium containing fertilizers and acid rain. In acidic soil, aluminum (Al) toxicity has been considered as the major limiting factor for plant growth. The present study demonstrates an antioxidant defense system against Al- induced oxidative damage and a role of external malate detoxification in providing Al-resistance in an Al resistant genotype of wheat, Raj 3077. Al dependent growth inhibition was higher in Raj 4120 (Al-sensitive) in comparison to Raj 3077. Oxidative damage indicators such as lipid peroxidation and H2O2 content were measured in the roots of both genotypes. However, these parameters were higher in the shoots of Raj 4120 indicating presence of oxidative stress in there. Antioxidant enzymes such as SOD (EC 1.15.1.9), CAT (EC 1.11.1.6) and APX (EC 1.11.1.11) played important roles in providing resistance to the Raj 3077 against Al-induced oxidative stress. Inefficient activation of the antioxidant enzymes in the roots of Raj 4120 suggested that a severe oxidative damage was occurred in root and a higher amount of translocated toxic Al ions to shoot consequently caused Al stress there. Interestingly, a higher CAT activity was found higher in the shoot of Raj 4120 than Raj 3077, but it seemed not to be enough to combat with Al-induced reactive oxygen species. Raj 3077 showed higher malate efflux and higher ALMT gene expression than Raj 4120. Further, root length of Raj 3077 seedlings was particularly affected in the presence of anion channel inhibitor, niflumic acid suggested that malate detoxification is required for providing Al-resistance in Raj 3077 in the root region. Thus, both Al induced antioxidant defensive and external malate detoxification systems provide strength to combat with Al toxicity in Raj 3077.